Cape Cod is a popular summer destination in the US. Most travelers swamp the area for wonderful opportunities of experiencing a memorable summer getaway.

It is subdivided into four regions. These are: (1) Upper Cape (2) Mid Cape (3) Lower Cape and (4) Outer Cape. Cape Cod has temperate marine climate. This makes it a perfect destination for a great summer getaway.

Cape Cod is truly a unique place. Even its climate seems to be different from the climate of the inland. The weather is a few degrees cooler during summer and fewer degrees warmer during winter.

Cape Cod is well known for its exceptionally mild fall season. This is called Indian Summer. This period brings a large number of visitors to the Cape.

There are several ways to get ionto the Cape. If you are traveling by car, and coming from Boston, you can use the either the route going to Sagamore Bridge or Borne Bridge.

Most travelers prefer to go by air. They usually fly in from Boston’s Logan International Airport. The other route is from Rhode Island’s T.F. Green Airport near Providence. Cape is the regional Airline serving the routes of Hyannis, Martha’s Vineyard, Provincetown and Nantucket. It also serves the off cape cities of Boston, Providence and New Bedford.

Cape Cod is one of the premiere tourists’ destinations in the US. One of the major attractions is the Cape Cod National Seashore. It is a 43,608 acres of sandy coast. This includes excellent swimming beaches, dramatic cliffs, self guided trails, and other activity filled sites. 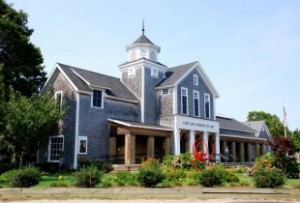 The Cape is also known for its lighthouses used to warn ships of danger. These lighthouses are operated by the US coastguard and serve as photograph symbols of the Cape.

There are numerous fun activities to do in Cape Cod also. One of these is whale watching. There are whale watching fleets patrolling the Dank National Marine Sanctuary. These fleets guarantee a whale sighting of different kinds.

One of the special events being held in the Cape is the world renowned Falmouth Road Race. It is held every third Saturday of August. Around 10,000 runners participate. The distance of the race is 7.25 miles and it offers a large purse for the winner.