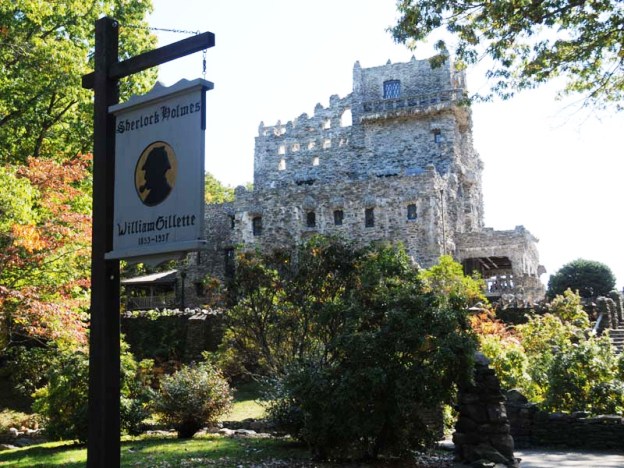 High on the hill overlooking the beautiful Connecticut River between Lyme and Haddam is the site of one of the most unique castles constructed as private residences in New England during the late 1880’s and early 1900’s. Gillette Castle was designed and built between 1914 and 1919 by William Gillette, an actor who gained fame and fortune for his early stage portrayals of Sherlock Holmes at the turn of the century.