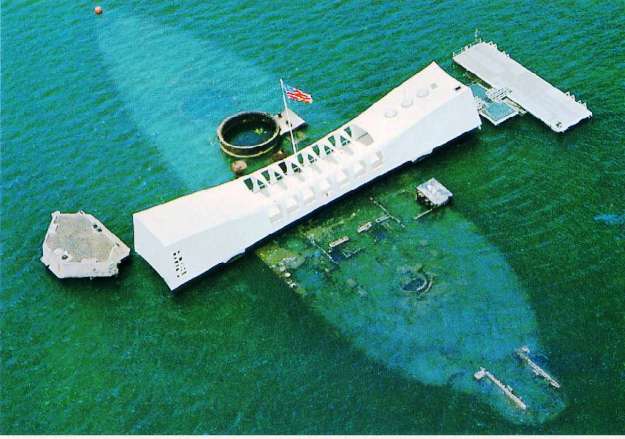 On a sunny Sunday morning, December 7, 1941, Japanese planes appeared over the island of Oahu and began bombing the U.S. Navy’s Pacific fleet, the bulk of which was docked in Pearl Harbor. Ninety minutes later, 2,403 Americans had been killed. Nearly half died on the 608-foot battleship USS Arizona, which sank in nine minutes without firing a shot after its forward ammunition magazines exploded catastrophically, taking 1,177 sailors and marines to their deaths.