Egypt Known for its architectural and cultural treasure is a land of mystifying pyramids and amazing sand dunes and deserts. Situated in the North Africa, Egypt touches the Mediterranean Sea and is sited between the Gaza strip and Libya. Egypt is one of the most favorable destinations among tourist across the world and reason why Egypt sees so many people packing their bag to its direction is that this land of mummies has lots more to offer to its tourists.

Following are some of the Egyptian attractions and interesting sites which you can always visit during your holiday in Egypt.

The capital city of Egypt is known for its renowned ‘Cairo museum”, a building that is a collection of startling antiques and historical treasures as well as a building that gives a breathtaking view of the city. You can also visit the old Cairo if you are someone interested in going through region embedded with Christianity and Judaism; also a visit to red sea is possible by visiting Cairo. The Egyptian museum in Cairo should also be visited for it’s the treasures of great Tutankhamen as well as for the thousands and thousands of years old mummies, after all, Egypt is called the land of mummies.

Holiday in Egypt can be made more exciting by visiting the red sea coast. The site has various resorts that have scuba diving offers, which take you through a breathtaking experience of underwater life in Egyptian coastline.

Pyramids of Giza and Sphinx

When holidaying in Egypt you can not afford to miss the great pyramids of Giza and Sphinx, these artifacts are quite popular not just for being largest monuments in the world but for their mysterious architecture and thus are also a part of the seven wonders of the world. When holidaying in Egypt, one can not simply resist experiencing the beauty of these 4000 years old structures and their dazzling light and sound show.

It is hard to ignore the longest and most beautiful river of all, The Nile River, which has a history that goes as far as 5000 years and has been a witness to various rulers and pharaohs of the Egyptian land. The best way and most appropriate mode of enjoying your holiday in Egypt with the Nile is to take a cruise that will take you down the ancient land, the mysterious coastline will let you see the amazing scenery with leisure. 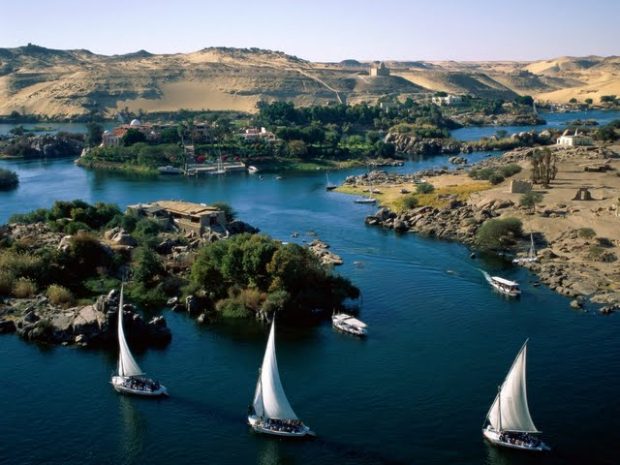 Known as a major tourist attraction  Siwa Oasis is renowned for its richness of olives and dates. Surrounded by hot springs, the Siwa Oasis has its won culture called the Siwan culture which separates it from other tourist spots in Egypt, as Egypt follows Arabian culture on a large basis. The oasis has an amazing and startling beauty to it that is worth experiencing when touring Egypt. 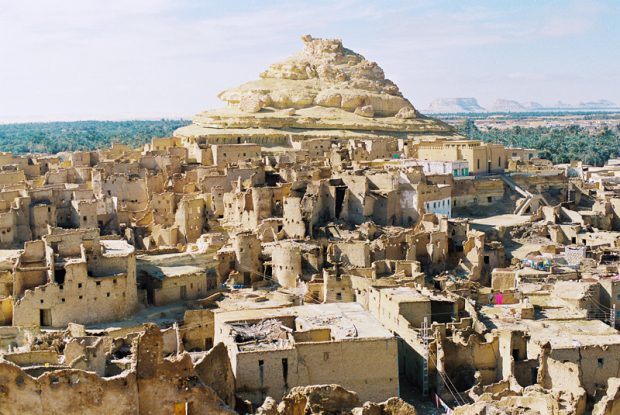 This amazing site in Egypt is worth visiting because of the famous rock temples situated at its land. These rock temples are among the most beautiful and stunning structures in the world and are standing tall as a memorial to great pharaohs Ramses II and Queen Nefertari. The temples also have huge and striking statues beautifying them from the outside; due to their massive size they are also visible even from a great distance.

The Valley of the Kings

The valley of kings is a burial land of many great Egyptian kings who now lay buried there. This place is situated across the Luxor at the west bank of Nile.

This is one of the major Egyptian attractions and is situated near the red sea. This city is a great way to add fun and entertainment to your holiday in Egypt, as the city is quite famous for its nightlife, bars, and clubs. Hurghada makes holidaying in Egypt a remarkable experience with its water sports, water activities, aquatic facilities and ‘glass boat ride’ to aquatic life under the sea. The city also has an amazing shopping bazaar to make your tour enjoyable.

Luxor has a lot to offer to you when holidaying in Egypt or touring the land of mummies, such as the famous archeological rich Luxor temple, Karnak temple. The city also has amazing mummification museum for all those who are curious to know about the land of mummies. The city is also quite near to the burial land of great kings, known as the valley of kings.

Egypt is a land of sun and heat, thus it is always better to visit Egypt for its archeological treasures in the winter time, while if you are someone interested in Egyptian holiday for the water activities the best time to visit would be the summer or the months from may to October. Due to its mild temperature, these months are also idle for the family holiday.