If you are planning a tour of Europe, why not consider visiting the southern part of the landlocked region of Umbria in central Italy? Depending on your interests, this beautiful area might be an ideal vacation spot. You can get classic Italian food, and wash it down with fine local wine.

This area is hardly undiscovered, but is not overrun by tourists. Be sure to read the companion articles in this series that present the northern cities of Perugia and Assisi, other tourist sites in northern Umbria, and the southern Umbrian city of Orvieto. This virtual tour of southern Umbria starts in Todi and proceeds in a clockwise direction to Spoleto, Valnerina, and Narni. 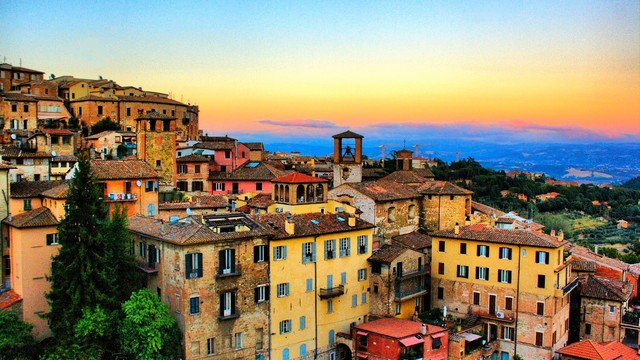 Todi has often been called Umbria’s loveliest hill town, and believe me, it has a lot of competition. Start your tour with the Piazza del Populo (Square of the People). Its buildings include the Gothic Thirteenth Century Palazzo del Capitano (Captain’s Palace) (built in 1293) housing an art gallery and an Etruscan-Roman museum, and a Thirteenth Century Palazzo del Popolo edifice containing an arcade. The Duomo (Cathedral) dates from the Eleventh Century and now has a Lombard front. Make sure to see the stained glass windows.

Across the square sits the Fourteenth Century Palazzo dei Priori (Priori Palace) with a beautiful tower. This palace now contains a court and administrative offices.

For a short time Spoleto was a departmental capital in Napoleonic France. Now it is best known for its three-week summer arts festival, the Festival dei Due Mondi, which is devoted to dance, music, painting, sculpture, theater, and more. Even if you can’t make this world-class festival, you should visit this city. The Renaissance Duomo (Cathedral) boasts a fine exterior and an excellent art collection.

The churches worth visiting are too numerous to list here.

The Roman theater has been largely rebuilt and it now hosts the National Archaeological Museum. There is also a Roman amphitheater that is worth visiting. If you can’t make the Spoleto summer festival you might visit its cousin, the Spoleto USA Festival held in Charleston, South Carolina. Valnerina isn’t a town or city, but the Nera River valley lying southeast of Spoleto. Drive carefully over twisting roads but the trip is worth your while. You’ll appreciate the Cascata delle Marmore (Marmore’s Falls), at about 540 feet (165 meters) the tallest man-made falls in the world. 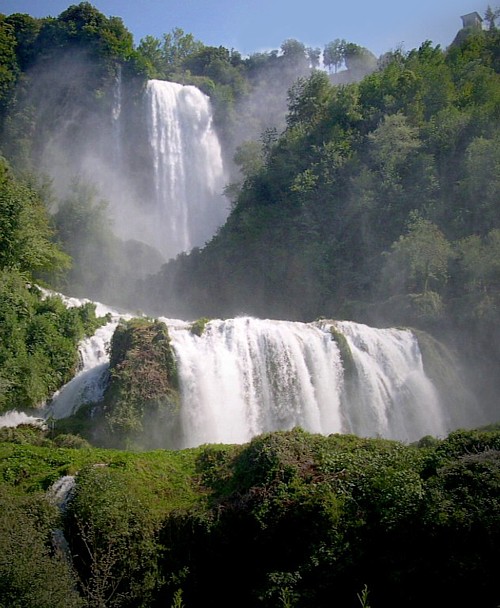 And it was the Ancient Romans who made it. Ideally you should check out the floodlit falls on a summer evening.

Additional local sights include the Eighth-Century abbey of San Pietro in Valle, which offers a wellness spa, and Norcia particularly known for its pork and truffles. Some say that C. S. Lewis’ Narnia was named in honor of the Umbrian town of Narni. It still has a medieval appearance and in addition to the usual collection of a cathedral, an abbey, numerous churches (check out the Church of Sant’Agostino, for its Eighteenth Century tromp-l’oeil frescoes), it boasts the Ponte di Augusto (Augustus’ Bridge), the largest Roman bridge ever built.