Wood Buffalo National Park is the largest park in Canada, and covers an area of 11,070,000 acres. To put it into perspective, Wood Buffalo National park covers more territory than the entire country of Switzerland. It is located across northeastern Alberta and into the Southern portion of the Northwest Territories. It is treasured by residents of Fort McMurray. In the summer, lots of families leave their Fort McMurray furnished suites and head out to the park to see the incredible natural landscape and the diverse wildlife.

The park is a UNESCO World Heritage site, which makes it the second largest protected area in the World. The park is very unique, here are some fun facts that you didn’t know about Wood Buffalo National Park. Wood Buffalo National Park is home to the endangered Whopping Crane. They are the tallest North American bird, with a height of 4 feet and a wingspan of 8 feet.

Its lifespan is estimated to be between 22 and 24 years old, in the wild. The Whopping Crane was declared an endangered species as of 1967 due to unregulated hunting and loss of habitat. They are only one of two crane species in North America. The species is protected at Wood Buffalo National Park, which is the only place that the Whopping Crane can be found. When Whopping Cranes are born, they are cinnamon brown in color, but as they mature they become white with a red crown, and a long, dark pointed bill. 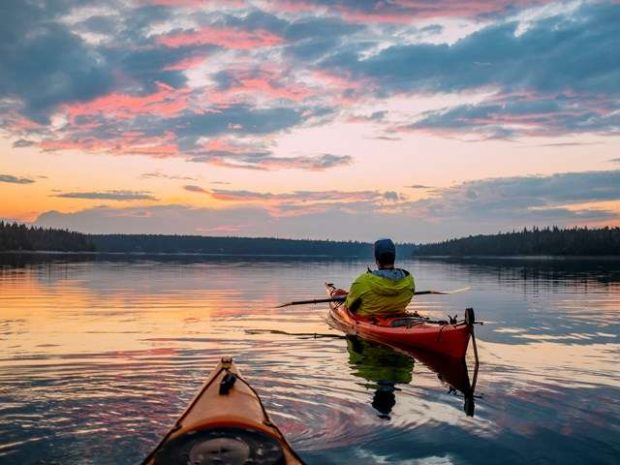 In 1982, Wood Buffalo National Park received recognition by the International Union for the Conservation of Nature (IUCN)for protecting the Peace Athabasca-Delta and the whopping crane nesting area. Both sites were designated as Ramsar sites under the Ramsar convention which focuses on identifying and protecting critical habitat for migratory birds.

Wood Buffalo National Park has an extraordinarily diverse landscape; its landscape consists of: boreal forest, salt plains, and gypsum karst landforms. The boreal forest portion is the most accessible and popular part of the park. Some of the trees that you will find in the boreal forest include: spruce, jackpine, aspen, and poplar. 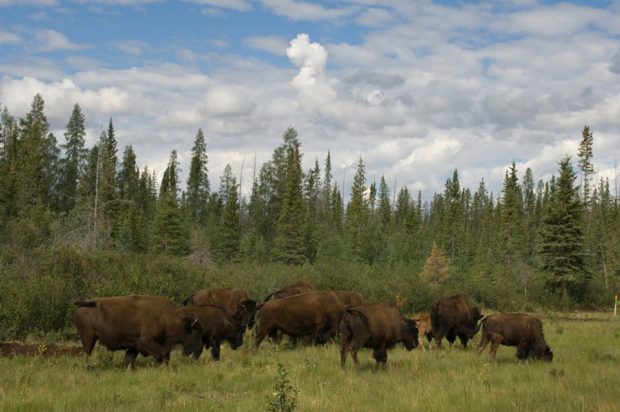 The park is home to hard to see species like black bears, wolves, moose, foxes, beavers, and sandhill cranes. You could visit the park every day and still not catch a glimpse of these elusive animals. Wood Buffalo National park has the World’s largest beaver dam which went unspotted for many years until a researcher noticed it when they were looking at satellite images. Park staff were surprised when they received a call one day from BBC who heard about the beaver dam through the researcher’s website.

The beaver dam is located in a remote and undisturbed area between the Birch Mountain highlands and the Peace Athabasca Delta. It is an ideal location for the beavers as the boreal forest provides them with the wood that they need to build the dams, and the run-off from the Highlands provide them with plenty of water.