Ruins reach across centuries to fire the imagination and fuel travel plans. The very best make you feel young, small, and utterly amazed by the architectural chops of the ancients. Among the many amazing ruins that still exist today, a few stand out as the trip of a lifetime.

No matter which ruins you visit, a few rules hold true: Time your trip for the less crowded times of day, often early or late. Give yourself plenty of time, as some ruins require days of exploration. Hire a knowledgeable guide, since the history is rich but the signage is often cursory. And get beyond the most popular parts of the ruin; you’ll need a bit of quiet space to appreciate this kind of ancient majesty.

The journey to Machu Picchu is epic even with relatively newfangled transportation like trains. But each year, about 25,000 people forgo the more direct routes and walk for days along the 27-mile Inca Trail to reach the ruin. Since its rediscovery a century ago, this treasure of the Inca set high in a cloud forest of the Peruvian Andes has captured imaginations worldwide. The massive stone blocks tell the story of both a sprawling agricultural zone with terracing and ancient food storehouses and an urban zone replete with temples, squares, tombs, and living quarters. If you’re considering a trek to Machu Picchu, plan ahead: You can only make the hike with a licensed company, and spots book up quickly, especially in high season.

Waiting for the traffic to speed past at a crowded intersection in Athens, you’re likely to forget that history keeps constant watch over the city. Glance up, however, and you’ll catch the view Athenians and visitors alike have been admiring for the last 2,500 years. Time has battered the once-pristine temples and gates that crown the hill of the Acropolis, leaving stone ruins that retain a familiar splendor even after thousands of years of wear and destruction. The elegant proportions of the fifth-century B.C. Parthenon and the Temple of Athena Nike—both dedicated to the city’s patron deity—are a reminder of how much we still rely on ancient Greece for our concepts of beauty. 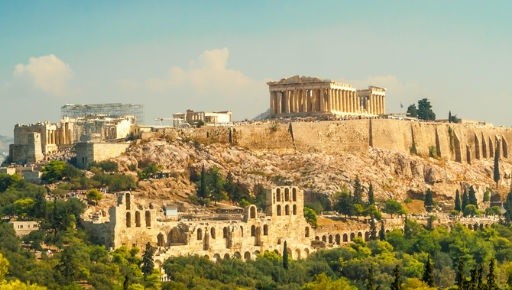 Great ruins aren’t always an ocean away: Some of the best preserved Native American cliff dwellings in North America reside in Mesa Verde National Park in Colorado. Home to the Ancestral Puebloans—whose descendants became 20 different Southwestern tribes, including the Hopi and Zuni—Mesa Verde traces 700 years of history across 4,000 archeological sites. Visit mesa-top pueblos and the dwellings built beneath massive overhanging cliffs. Ascend steep trails and ladders, or crawl through tunnels to explore ancient architecture such as the 150-room Cliff Palace or the hard-to-reach Balcony House. The park’s hours vary by season, and not all sites are open year-round. 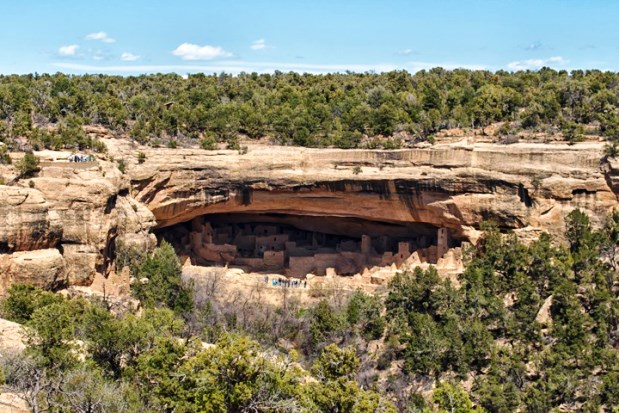 War or natural disaster might have weakened the Khmer Empire’s ancient capital, but ultimately, it was the jungle that conquered this ninth- to fifteenth-century urban center. Today, the densely forested 150-square-mile Angkor Archaeological Park protects part of a vast cluster of ancient capitals, many of which remain buried. The park’s most famous temple, Angkor Wat, is the world’s largest religious building. But the park’s dozens of other ruins, including Bayon temple with its wall of 11,000 carved figures, offer quieter glimpses into the art and architecture of this culturally rich 600-year period. 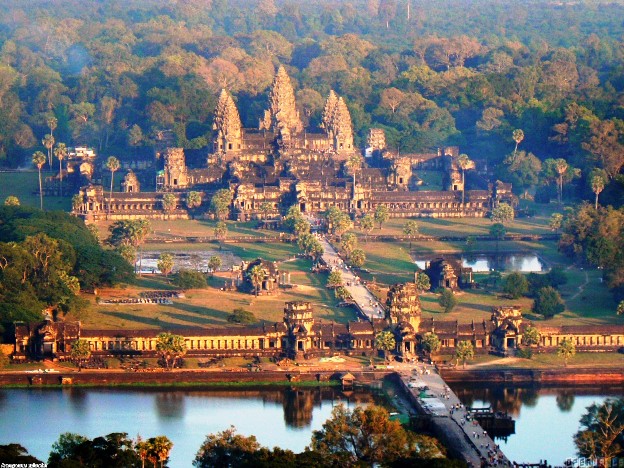 Political unrest or no, a roundup of the world’s best ruins can’t exclude Egypt. The last existing ancient wonder of the world, the Great Pyramid of Giza stands as a lone window into the far past. With more than 4,000 years to ponder the question, experts still can’t agree on how the builders placed more than 2 million stone blocks so perfectly. The rest of the Giza Necropolis holds more wonders: two more Great Pyramids, built during 80 years by 20,000 to 30,000 workers, plus the Great Sphinx, cemeteries, and the ruins of a village.

The pyramids are part of a larger UNESCO World Heritage site that includes Memphis, the capital of the Old Kingdom of Egypt. A trip can even include some up-close-and-personal time: Visitors can explore the interiors of some of the pyramids. And the recent drop in tourism offers intrepid travelers the rare chance to experience the pyramids without the usual crowds.

Stay overnight in the national park for the ultimate experience at Tikal, an ancient Maya city in northern Guatemala that was home to 90,000 people before being abandoned in the tenth century. Early the next morning, before the park opens to the general public, join a small group making the trek through a jungle awash in the pre-dawn symphony of birds and insects. Climb to the top of Temple IV, the Temple of the Two-Headed Serpent, to witness a sunrise that reveals ancient temples and pyramids rising from the verdant forest blanket. You’ve still got hours to explore this vast complex of pyramids, temples, and plazas before the big crowds roll in. Along the way, catch glimpses of brown coatis, toucans, howler monkeys, and some of the hundreds of other species to call Tikal home.

Hailed as a “rose-red city half as old as time” in a 19th-century poem, the ancient city of Petra was half built and half carved into red sandstone cliffs. Nabataean Arabs established the city in the sixth century B.C., and for hundreds of years it thrived as a trade center for frankincense, myrrh, and spices. Now, as then, enter the ruins of the city through a narrow, half-mile-long gorge squeezed between cliffs nearly 300 feet high. Inside, explore architecturally elaborate tombs and temples, sacrificial altars, and even a Roman-style amphitheater. Most people explore on foot, but visitors can also ride camels and donkeys. The sun lights up the red cliffs of Petra most dramatically in mid-morning and late afternoon, so be sure to time your visit accordingly.

Digitally re imagined in Hollywood blockbusters such as Gladiator, the camera really shaves millennia off Rome’s Colosseum. But the 2,000-year-old ruins are so evocative up close that special effects seem superfluous. With a bloody history of fights to the death between gladiators, slaves, prisoners, and wild animals, the Colosseum held 50,000 spectators or more in its heyday. Later, Romans used the abandoned arena as a quarry: Stones from the Colosseum are part of the cathedrals of St. Peter and St. John Lateran. Last summer, entirely new sections of the ruin—including the basement— were opened for tours.

Like a dragon, the Great Wall of China slithers its way across the landscape for about 4,500 miles, and, like a dragon, the wall protects something treasured. Constructed to shelter China’s people and culture from the outside world, the “Long Wall of 10 Thousand Li” was built during 2,000 years by many imperial dynasties. While some parts of the wall are in ruins or have disappeared entirely, other sections have been restored or preserved. The most popular section today is the Badaling Great Wall, close to Beijing. Slightly farther from the capital city and offering a more rugged (and less crowded) experience is the Great Wall at Mutianyu. In Qinhuangdao City, the Laolongtou Great Wall actually stretches into the sea, and is said to resemble a dragon drinking water. 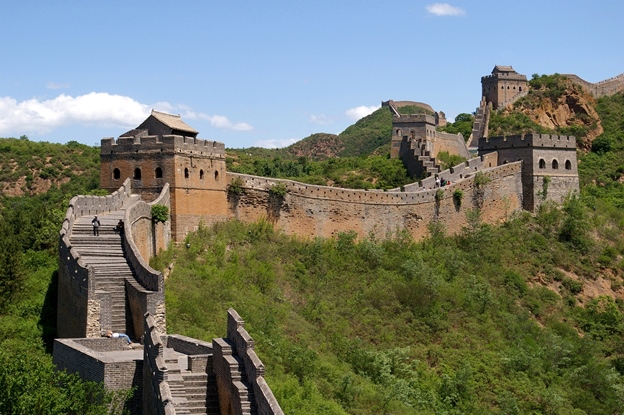 Twice a day, at sunrise and sunset, the Bride of the Desert blushes, even 18 centuries after her birth. Palmyra, also known as Tadmor, is in the desert northeast of Damascus, Syria, and was once a wealthy caravan oasis along the Silk Road, linking Persia, India, and China with the Roman Empire. At a crossroads of cultures, the ruins of grand colonnaded streets, temples, funerary towers, and aqueducts demonstrate a mingling of influences that made this an awfully cosmopolitan place for the second century. Palmyra was also home to the warrior queen and conqueror Zenobia, and tour guides tell exciting tales that give this seemingly isolated place a starring role in world history.