Finding some of the most eco-friendly places around

When Earth Day rolls around, weâ€™re reminded to turn off the lights, do an extra-thorough job sorting our recyclables, and maybe even plant a tree or two. While itâ€™s great to take that initiative each spring, itâ€™s important that as a global community, weâ€™re always doing our part to make the planet a cleaner place to live.

Studies have shown that larger cities often score higher on the green scale because by nature, they become more energy efficient to meet the needs of a growing population. But Mother Nature doesnâ€™t play favorites. Just because larger cities have different resources than small- to medium-sized cities doesnâ€™t mean they should get all the credit.

Each city is at an equally important stage of the universal green movement, and we wanted to celebrate them all, both big and small (broken up by population). Some are known for their legendary Earth Day festivals, while others have brag-worthy conservation programs. We looked at their green restaurants, LEED-building ratings, eco-friendly hotels, and more to determine some of the greenest cities in America.

San Francisco has long reigned at the top of the green list, pushing for environmental improvements practically longer than global warming has been a household term. From its curbside composting program to its green building practices, the best things to do in San Francisco involve respecting Mother Earth. 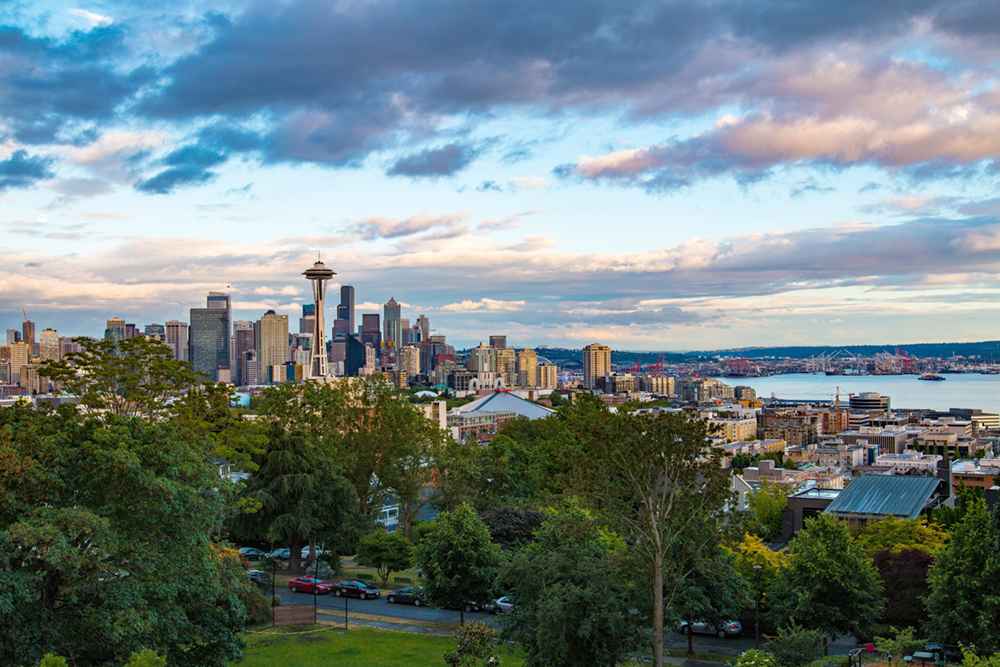 Mean, green Seattle has been on the eco-friendly train for a while now, and itâ€™s not slowing down anytime soon. Its very own Climate Action Plan, implemented in 2013, has committed the city to a goal of total carbon neutrality by 2050. 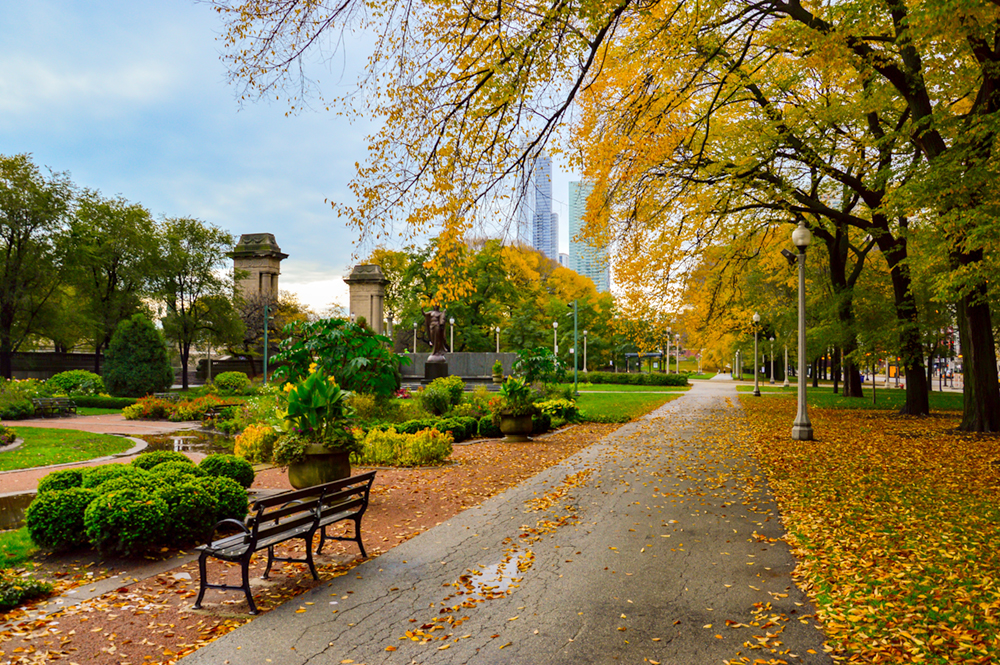 Chicago is known for its towering skyscrapers, but itâ€™s not all shiny buildings and concrete sidewalks. Believe it or not, the city has 12,000 acres devoted to public parks, which include community gardens and forest preserves.

Albuquerque, New Mexico
This western city has over 400 miles of land dedicated to bike paths and trails, and is said to have the most parkland per person in the nation. In addition to its commitment to green space, Albuquerque has a strong focus on water conservation and solar energy.

Portland, Oregon
To Portland, green isnâ€™t just a trend, itâ€™s a way of life. The city has been on the green path for several decades, as it proved early on in 1974 when it closed a six-lane freeway to make way for green space. 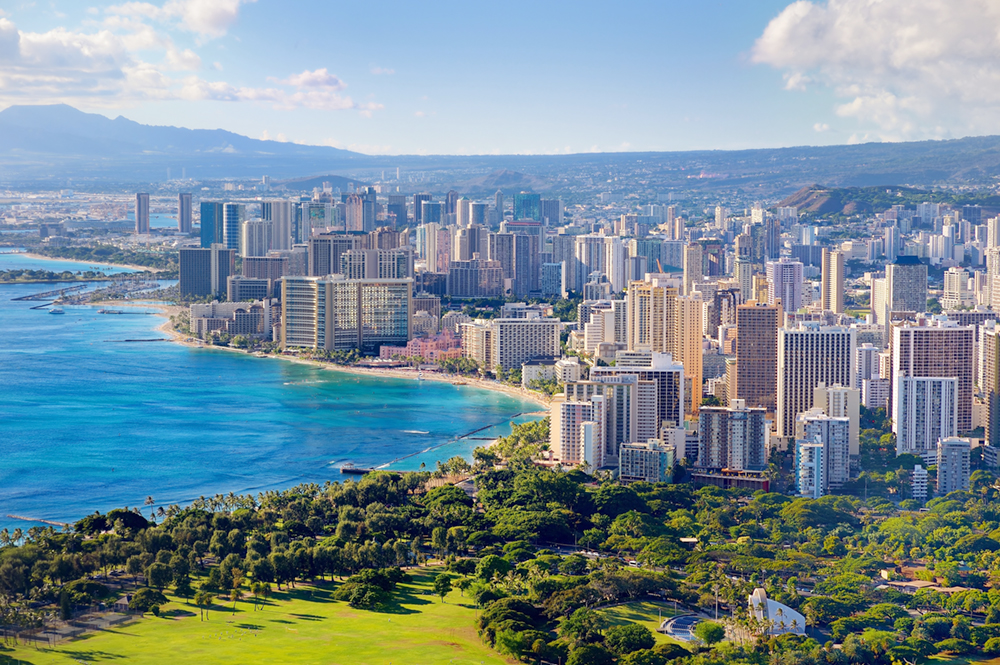 Surrounded by the deep blue sea, itâ€™s no wonder Honolulu cares for the water. To help save the ocean from further pollution, this eco-conscious city promotes permablitz, a movement in which volunteers plant permaculture gardens to reduce storm water runoff. 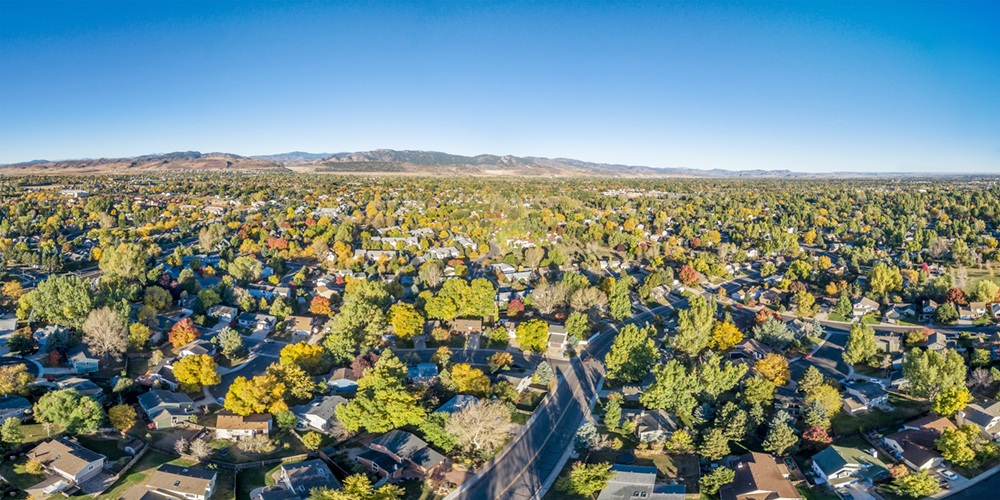 When it comes to green thinking, Fort Collins always has the earth on its mind. Whether itâ€™s renting out community garden space or earning a Tree City USA award for 33 straight years, it belongs among the cleanest cities in the United States.

Grand Rapids, Michigan
Between its Silver Line fleet of hybrid electric buses and the thousands of acres of parkland, Grand Rapids is eager to make the earth a better place. To further catapult the city into eco-friendly territory, the Green Grand Rapids department teams up with the community to focus on sustainability.

Fargo, North Dakota
Fargo knows that saving the planet starts with saving energy. This earth-friendly city does its fair share of energy conservation, but the local Green House CafÃ© and Element Fargo contribute to the movement in a variety of ways, too.

Garland, Texas
Donâ€™t mess with this Texas cityâ€™s green movement. Garland is making strides toward bettering the environment, from The Marketplace, where you can find local goods, to the nature trails at Duck Creek and John Paul Jones Park. 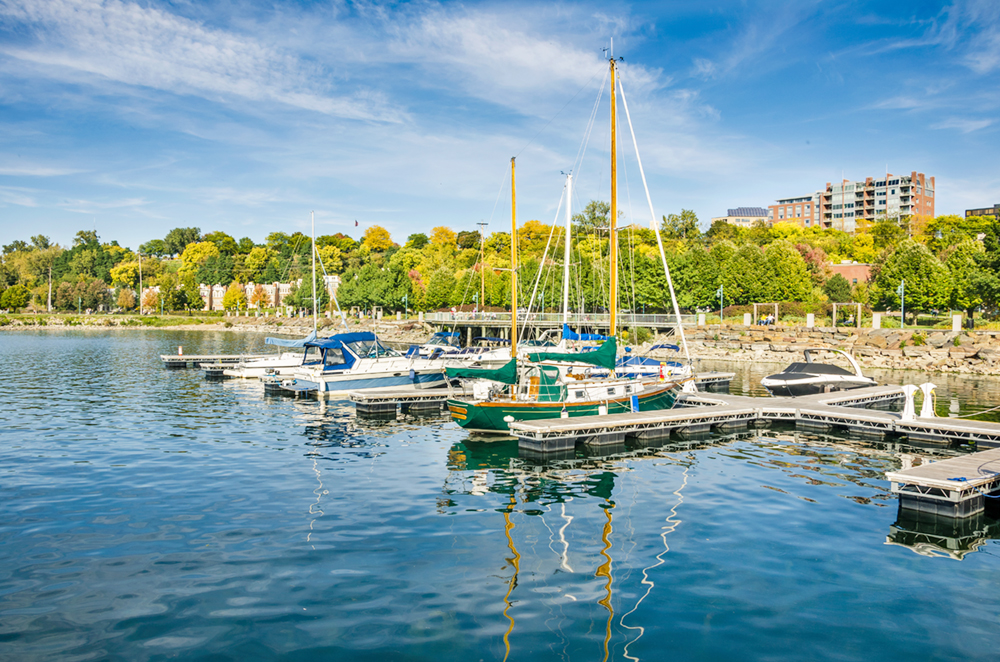 You didnâ€™t think weâ€™d forget Americaâ€™s first all-renewable-energy city, would you? In the green sphere, Burlington is a tough act to follow, as itâ€™s been running on 100 percent renewable energy for several years. 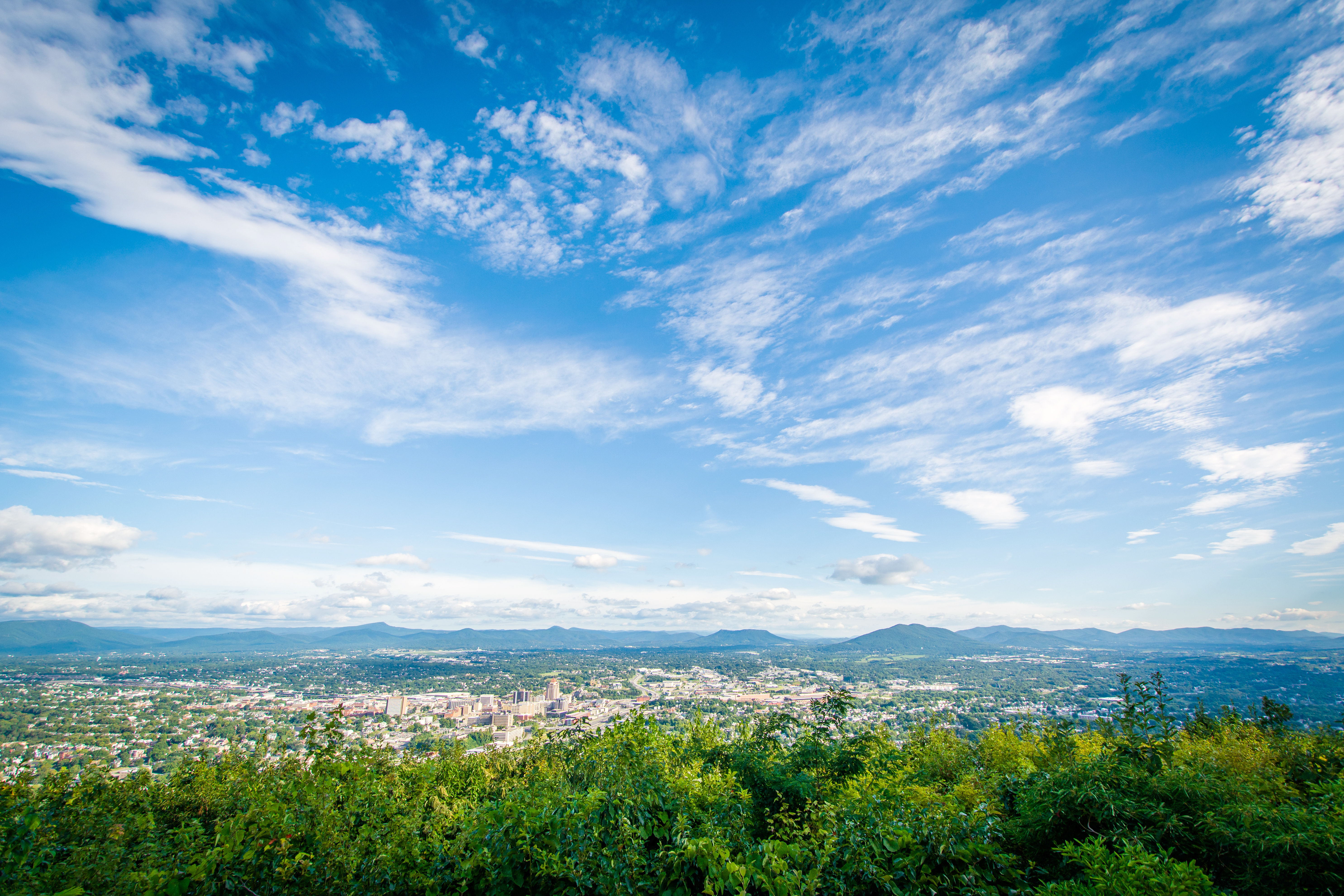 Roanoke knows that the greenest cities in America have been fighting the good fight for a long timeâ€”you canâ€™t go green overnight. Its Historic Roanoke City Market, which has been running since 1882, is proof that this city has long appreciated locally sourced goods, among other environmental efforts.

California has a reputation for being a little on the hippie side, and if that translates to eco-friendliness, weâ€™re sure Healdsburg wonâ€™t mind being guilty by association. This Northern California city has a green mindset, as it hosts events such as the Foss Creek Cleanup and has the finest farm-to-table eateries, like Barndiva.

Poultney, Vermont
Tucked in southwestern Vermont, Poultney is a green playground with its sparkling Lake Saint Catherine and rustic Lewis Deane Nature Preserve trails. The town knows the way to a greener future is through education, and its local college campus is forging the way.

Middleburg Heights, Ohio
The most environmentally friendly cities understand that nature preservation plays a big part of the picture, and Middleburg Heights is in on it. The city is home to Lake Isaac Waterfowl Sanctuary, which has a scenic trail that connects to Fowles Marsh, part of the Lake Abram wetlands.

Greensburg, Kansas
After a tornado destroyed the town of Greensburg in 2007, the community made a commitment to build a brighter, cleaner future. Ten years later, this small town has made a major name for itself on the green scene.

Homer, Alaska
A city surrounded by wildlife, Homer knows the importance of conservation. The city proudly sits along Kachemak Bay State Park, the stateâ€™s only wilderness park, and the Kachemak Bay National Estuarine Research Reserveâ€”both of which are protected regions. 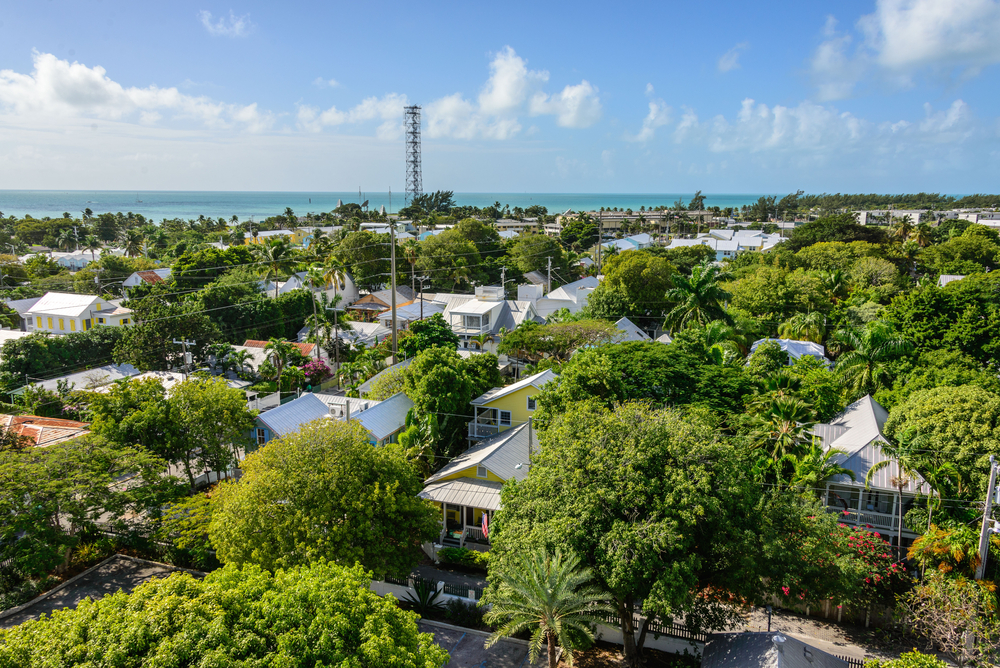 Itâ€™s easy to lower your carbon footprint in Key West, where practically everything is a short stroll or bike ride away. Tucked in the southernmost region of the U.S., this island city is famous for its sustainable fishing practices and plethora of ecotourism attractions. 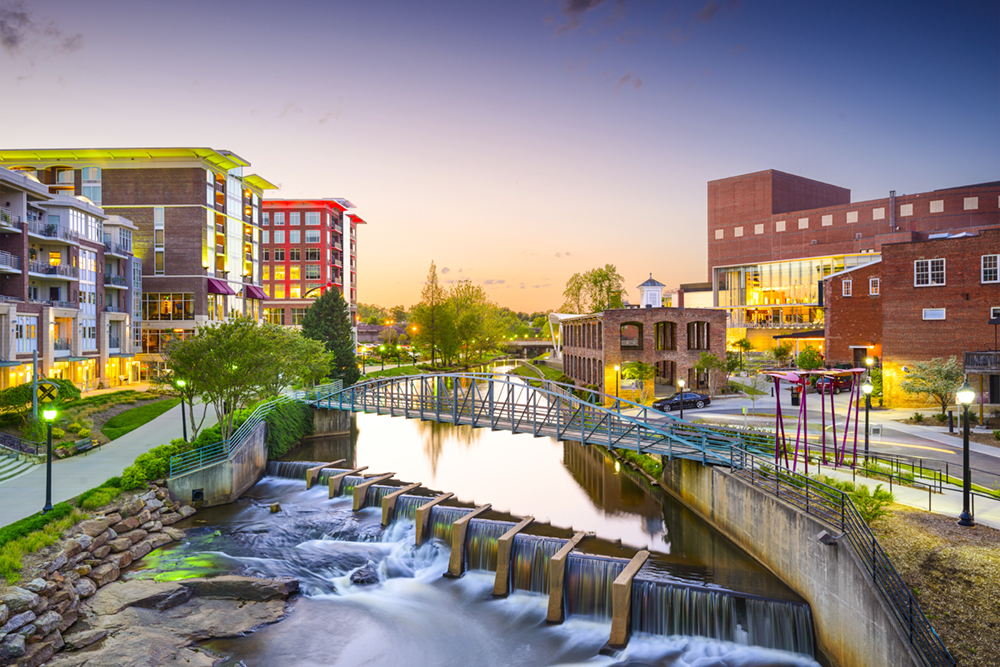 Its eco-friendly sounding name may be a coincidence, but Greenville is very much dedicated to environmental activism. The city has more than 400 acres of parkland and a program called Bikeville, which encourages people to ditch their four wheels for two wheels. 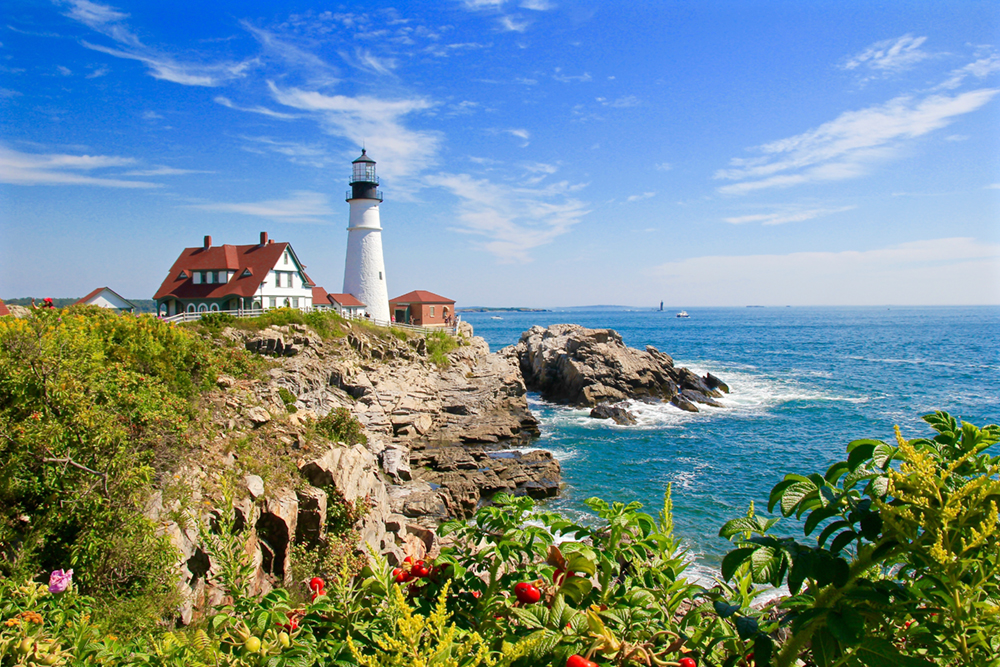 *According to the United States Census 2010

Is your city one of the most sustainable cities in the nation?

As a staff writer for Expedia, Chloe Mulliner is dedicated to providing top travel tips for your jaunts around the world. She believes there are adventures to be had on every inch of the globe from surf spots on the Peruvian coast to the charming villages of the English countryside. Chloe specializes in showcasing all the must-see attractions on your travel wish list. She lives by the belief that every adventure is a story worth sharing.