6 best places to travel in July, Can you say, “temps de vacances?” If not, brush up on your French, and then get ready for a rendezvous in Paris. However, if you’d rather spend your vacation running with the bulls in Pamplona, Spain, you may want to add “ay, caramba” to your vocabulary.

Regardless of whether you’re looking to expand your language skills or simply experience a change of scenery, we’ve rounded up an eclectic selection of the best places to travel in July, both inside and outside of the country. These destinations welcome families, couples, and solo travelers to take on adventures, events, and festivities this summer:

Liberte, egalite, fraternite! July 14 is Bastille Day in Paris, France, and although the details are blurry surrounding the celebration—even the holiday’s name—that’s no excuse not to party! La Patrouille de France, the French Air Force’s aerobatics team, will kick off the celebration with a morning air performance, streaming red, white, and blue trails in the sky.

Then at 11 a.m., cheer on the military parade marching down Champs-Elysees, catch the free concert on Champ de Mars, and don’t miss the fireworks show at the Eiffel Tower after sunset. For easy access to all the festivities, stay at one of the nearby Paris hotels.

Get down and dirty at the Boryeong Mud Festival. In 1998, the beach town of Boryeong, South Korea, hosted its first festival to showcase the benefits of the region’s mud, which is used in a variety of cosmetics. The celebration stuck, and each year since the event has gained more traction.

This year, from July 17-26, don’t be afraid to get a little messy down at the Daecheon Beach mud flats. Compete in a mud wrestling contest, take a dip in a mud bath, and rejuvenate with a mud massage. This sloppy fest also features concerts, seminars, parades, and other events.

The YogaFest in South Portland, Maine, invites you to awaken your soul. From July 10-12, tap into your spiritual side with stand-up paddleboard yoga, breathing workshops, and meditation. Add fabric to your yoga practice to experiment with aerial positions, or balance into your poses on a slackline. This 3-day retreat offers an assortment of workshops, classes, and lectures to release your inner yogi.

While you’re in town, bust out your moves at the Portland Dance Mile. On July 18, a mobile DJ will set the tune for thousands grooving their way down the stretch from Monument Square to Congress Street. This dance fiasco includes bib bedazzling events, interactive dance performance warm-ups, and an after party with more music, dance performances, and contests. Registration starts at 5:30 p.m.

Muster up some courage, adrenaline, and maybe a little bit of foolishness, and then run as fast as you can in front of a group of charging bulls. Every year, brave souls risk their lives for the thrill of it at “The Encierro,” or Running of the Bulls, in Pamplona, Spain.

As part of the fiestas of San Fermin, the bulls stampede from the Calle Santo Domingo corral to the bullring every morning at 8 a.m., July 7-14. Storm the streets with the bulls or cheer on the spectacle from the behind the wooden fences. 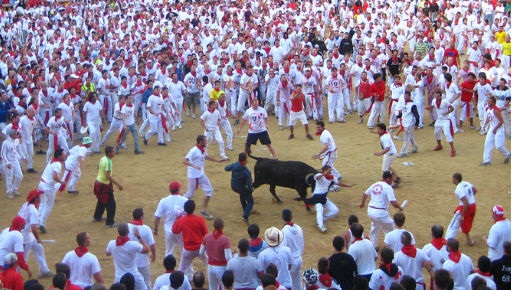 Cast a line, and ahhh, breathe in that fresh Alaska air. Kick back, relax, and wait for a big one to tug at Ship Creek in Alaska. Between early June and mid-July, the annual King Salmon run occurs in downtown Anchorage. The royal fish usually weigh roughly 15 to 25 pounds, but it’s not uncommon to score a 40 pounder. 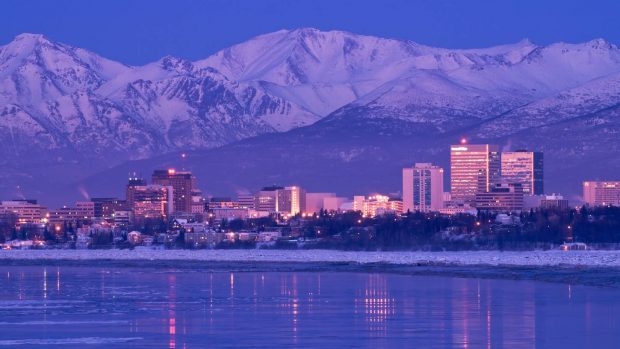 Salmon fishing in Alaska is practically a rite of passage for anyone visiting the Last Frontier, but be respectful and follow fishing regulations. Currently, there is a one King Salmon cap per day, and fishermen must adhere to the designated areas.

Celebrate some sweetness at the Crop Over Festival in Barbados. Back in the 1780s when Barbados was the largest sugar producer in the world, the island nation hosted an annual festival at the end of the sugar cane harvest. Although the festivities stopped for roughly 30 years, they were brought back to life in the 1970s.

The 3-month long festival has since evolved into a culture celebration with calypso performances, folk concerts, and extravagant processions, stick around until August 3 for the Barbados Grand Kadooment, the festival’s flamboyant grand finale. An elaborate carnival parade makes its way to the massive party at Spring Garden Highway with music and fireworks, signifying the end of the sugar season.

This July, roll in the mud or reel in a King Salmon. With miles worth of dancing and celebrations for sugar, this summer’s looking good.