Revealing summer solstice traditions from the past and present. Get out those sunnies, cause the solstice is almost upon us. This year summer solstice falls on June 21, 2015 and is the official start of summer. It’s appropriate, considering the word “solstice” is derived from the Latin term “solstitium,” meaning “sun stands still.” You may have big plans to celebrate this year, but will they compare to what went down on previous summer solstices?

On this day in 1954, John Landy ran his record-breaking mile in 3 minutes and 58 seconds, and in 1913 Tiny Broadwick became the first woman to parachute from a plane. If you go even further back in time, you’ll discover that ancient civilizations liked to party it up on the longest day of the year.

The Ancient Egyptians, for example, couldn’t wait until the summer solstice rolled around because it was a sign that Sirius was on its way. When Sirius, the brightest star, showed up in the sky, it meant the Nile was due to flood and the new year was upon them.

Similarly, Northern European pagans celebrated agriculture and the onset of the harvesting season. On the brightest day of the year, they built massive bonfires, which were symbolic of light overpowering darkness during the summer solstice. Supposedly, some would risk catching themselves on fire as they jumped through flames to predict the height of the season’s crops.

Summer solstice was a big deal to the Mayans and Aztecs too, but mystery surrounds the details of their celebrations. However, we do know that these fascinating pre-Columbian cultures built their temples according to the shadows cast during the summer and winter solstices. 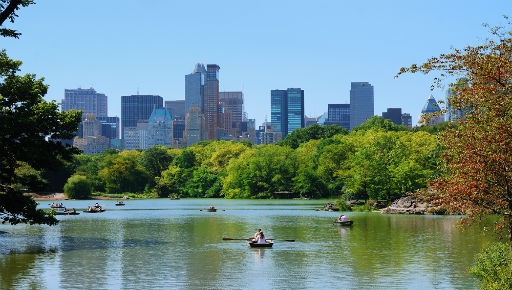 While many of us in modern day have since stowed our sun medallions and veered away from spiritual rituals, some cities continue to celebrate the sunniest day of the year with parades, festivals, and concerts. Santa Barbara, for example, will forge the way with its annual solstice parade, while New York City is hosting Solstice in Times Square: Athleta Mind Over Madness Yoga. Boston is getting down and dirty with the Boston Sprint and Super Race, and Vancouver will be celebrating the 27th Annual Rio Tinto Alcan Dragon Boat Festival.

For more info on these events and ideas about some of the best ways to celebrate the first day of summer this year, keep an eye on our upcoming summer solstice 2015 series.

2015 Summer Solstice Events Around the World:

-The Dodgers are taking on the Giants at Dodger Stadium, while Make Music LA takes over the streets and parks. Kick start the Los Angeles solstice by watching the sunrise at the Hollywood Bowl Overlook and then catching the Underworld concert later in the evening.

-Anchorage is hosting the Mayor’s Midnight Sun Marathon & Half Marathon, along with the annual Downtown Summer Solstice Festival and Hero Games. At the end of the day, make the trek up Flattop Mountain and watch the late-night sunset at 11:42 p.m.

-The much-anticipated Summer Solstice Celebration is back for another year in Santa Barbara. After the parade, relish the extended daylight with cocktails and a view of the sun setting over the harbor.

-Greensboro will welcome summer with its whimsical fairy-themed Summer Solstice Festival, and the North Carolina Food Truck State Championship in nearby Randleman. Sip some java at Tate Street Coffee House in the morning, and then round out the day with a sunset hike on Nat Greene Trail.