From bare necessity, the bridges have turned into real symbols of the city, and are among the most representative features of Venice. Moreover each bridge, from the smallest to the most important one, from the public to the private ones, gives something more to this wonderful city, and offers unique sights to tourists. There are over 350 bridges all around the city, but some of them are certainly more famous than others, and can be considered as important monuments of the city.

The four bridges on the Grand Canal, in particular, are among the best-known bridges of Venice, and are crossed every day by tourists and by the Venetians, too. Built on the most important waterway of the city, which divides Venice in two parts and is lined with some of the most important buildings of the lagoon city, these bridges are tourist attractions and indispensable constructions to link the two banks of the canal and make it easier to visit the city. 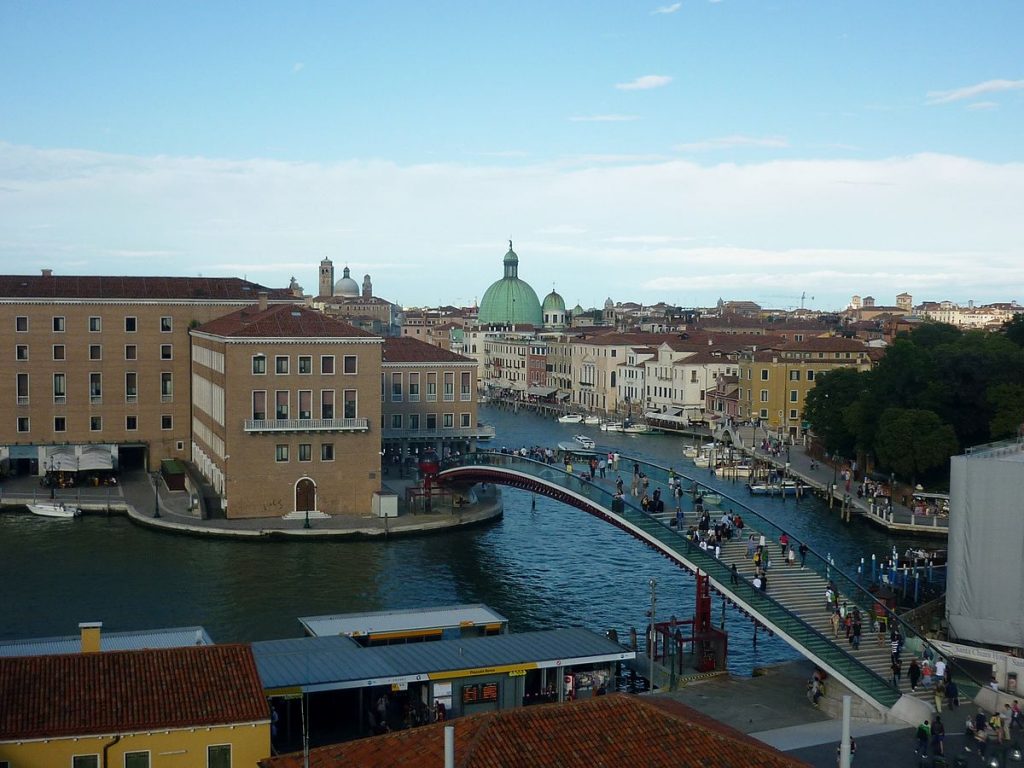 The first bridge that was built on the Grand Canal, and most probably the most famous bridge in Venice, is Rialto Bridge. The bridge that we can still see nowadays was built in 1588, but the first bridge on this zone was built in 1175: it was a bridge on boats, which was replaced by a fixed bridge in 1265. After the collapse of this wooden bridge, a firmer one had to be built, and many architects made their proposals. Antonio Da Ponte’s projects won: he had projected an Istrian stone bridge (a material that has been often used in Venice), made up of three ramps hosting shops and covered by an elegant portico. 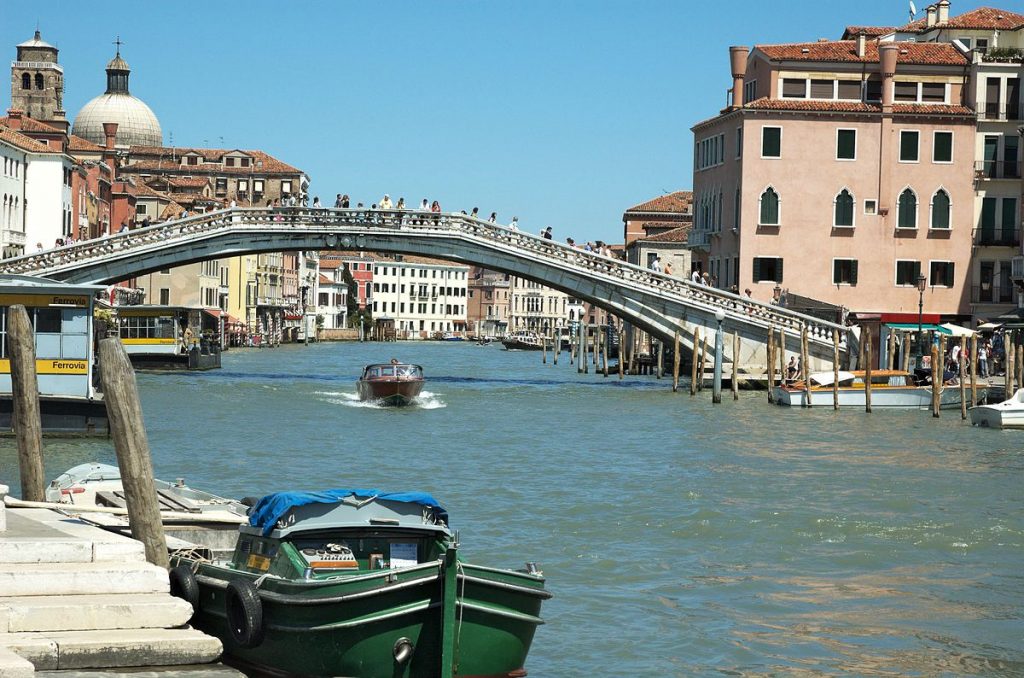 Until the 19th century the Rialto Bridge was the only bridge on the Grand Canal, but in 1854 the Accademia Bridge, its name deriving from the nearby Gallerie dell’Accademia, was built. In the beginning it was an iron bridge, but to avoid its deterioration another material needed to be chosen: thus a competition was announced for the project of a stone bridge. In the meantime, a temporary wooden bridge designed by Eugenio Mozzi was built, and it has never been replaced, becoming the definitive bridge.

The third bridge, the Scalzi Bridge, also known as Station Bridge because it is very near to Santa Lucia Railway Station, was designed by Eugenio Mozzi and rebuilt in 1932. Instead of the Istrian stone single span bridge that we see now, before 1932 there was an iron bridge, which had been built by the Austrians in 1858.

The last bridge to be built on the Grand Canal, the Constitution Bridge, was recently realized to connect the Station to Piazzale Roma. The bridge, born of a project by the great architect Santiago Calatrava, was inaugurated in September 2008, and although it is a modern work, it has some features which are typical of Venice monuments, like Istrian stone, which has been used together with other materials (steel, glass and bronze). 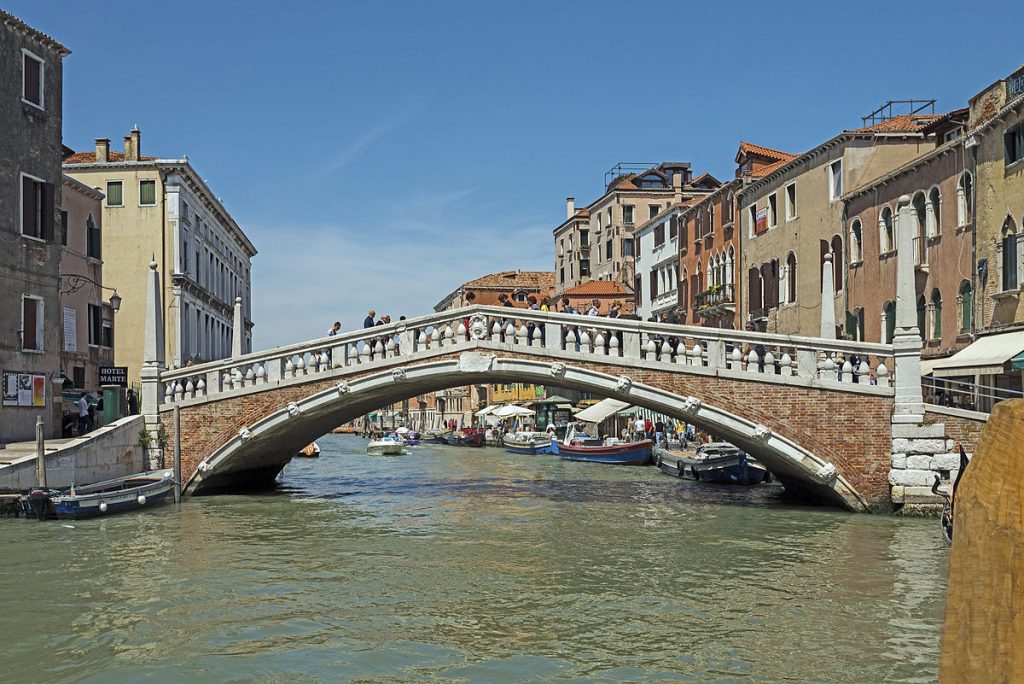 Besides the four bridges spanning the Grand Canal, there are other interesting bridges in Venice that tell us something about the city’s history and that, for this reason, are worth visiting, like the Bridge of Sighs, the Bridge of the Tits and the Bridge of Fists.