Things to do in Los Angeles

Los Angeles is better known as The City of Angels. It is a modern metropolis of not only United States of America but also of the world. Los Angeles is often billed as the “Creative Capital of the World”. There are multitudes of attractions that mesmerize all visitors. Museums, theaters, great shopping, multitude options of entertainment, luxurious Hotels, vibrant night life and relaxing vacations, say it and Los Angeles has it all.

There are a wide range of attractions to choose from, one can choose to explore museums or relax in parks or shop in the city or simply enjoy Los Angeles. One can choose from a range of sightseeing destinations such as The Getty Center, Olvera Street, Los Angeles County Museum of Art, Union Station, and Page Museum at La Brea Discoveries along with ethnic enclaves such as the Little India (Artesia), Chinatown, Sawtelle, Thai Town, Panorama City and parks as the Griffith Park, Exposition Park and Mulholland Drive. Escape with Los Angeles Flights and enjoy in bedazzling city and its numerous adventures. 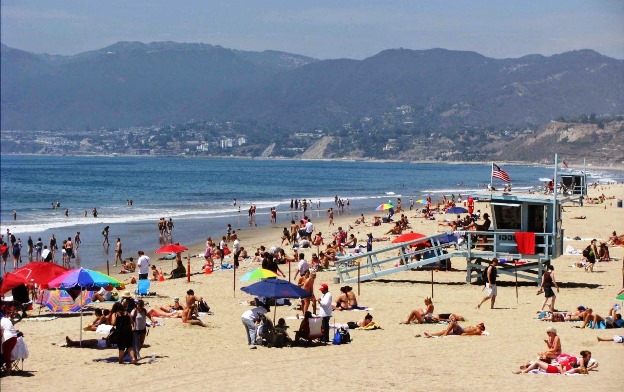 From hot, sandy beaches to spectacular architecture and artwork, there are still plenty of reasons to love L.A. Its amusement parks and close proximity to Hollywood have made it a tourist hotspot for visitors from all over the world.

Adventures in the city

Tourists in Los Angeles are not only blessed with enormous and majestic shopping malls within the cosmopolitan but they can also explore a range of cultural attractions as well. Los Angeles boasts of some of the most mystical and heart throbbing events and conventions. Take Los Angeles Flights and explore the lesser known side of Los Angeles. One can buy tickets to the regular shows and concerts organized at the Nokia Theater at LA Live, Staples Center and LA Convention Center.