These days, Oktoberfest is associated with beer, beer, and more beer. Of course, the costumes and food have been known to draw in their fair share of crowds, too. While the biggest Oktoberfest still takes place in Munich at the site of the original festival, plenty of other cities around the globe use the occasion to celebrate their own German heritage between late September and early October. If you want to say, “Ja, bitte” to a pint and some enthusiastic revelry, here are the best places to travel in October: 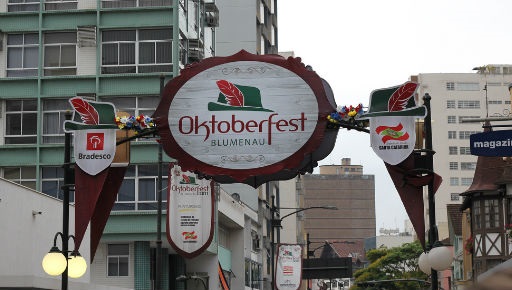 You might not think of South America when German beer and heritage is on the mind, but this city was founded by Germans, features traditional German architecture, and hosts one of the best Oktoberfest events in the world! As far as size is concerned, this festival is only topped by Munich. You won’t want to miss the impressive parade and opening ceremony, so travel to town before the event begins during the second week of October. Once the party is in full swing, you can expect costume parades, dancing, and a beer-drinking competition.

Technically you need to arrive in Frankenmuth with your lederhosen and Germanic spirit in September to enjoy the Oktoberfest festivities. The event starts on September 17th and takes place in Heritage Park. Expect a large wooden dance floor and plenty of food. Of course, the beer is also flowing at Oktoberfest in Frankenmuth. The party lasts for four days, but if you stick around until October you can take part in other local events, such as the Wein and Stein tour on October 1st. 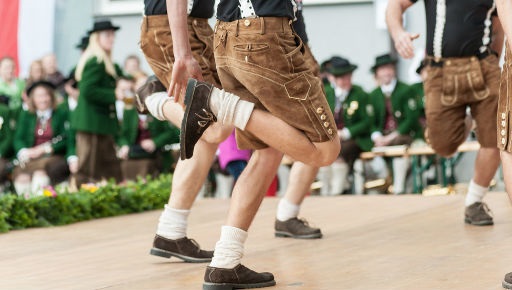 Oktoberfest is known as Wiener Wiesn in Vienna. While the event is rooted in proud heritage, it also manages to introduce modern times to the event. Spanning from late September to early October, this huge festival lets both oompah bands and Austrian pop singers take the stage. Grub on the local food sold at stalls around the event and stick around until after 6:30 p.m. when the party really kicks up. If you get your fill of beer and cheer, you can turn to the other things to do in Vienna, such as Schonbrunn Palace and St. Stephen’s Cathedral.

Cincinnati really comes out to play when Oktoberfest rolls around. Not only does the event (officially called Oktoberfest Zinzinnati) have all the food and beer you would expect, but you can also watch the World Brat Eating Championship. The grounds have five different beer gardens, and live music is in no short supply. Stick around Cincinnati when the festival concludes near the end of September, and you can continue to celebrate German roots at the likes of a tour at the German Heritage Museum on the east side. Cincinnati hotels near the festival site may book up, so don’t arrive in town without a reservation. 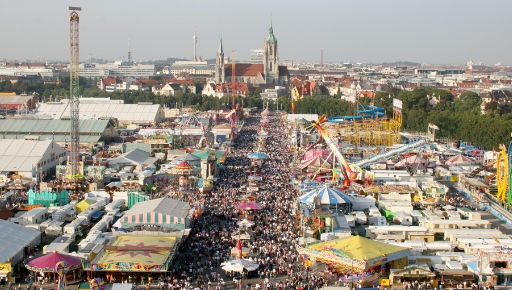 Munich still hosts the piece de resistance of Oktoberfest celebrations. If you head to Deutschland for the festival, expect about six million other people to have the same idea. While you’re in Munich, you’ll enjoy a healthy dose of beer, food, and amusement rides at your leisure. Of course, the beer tents are no joke and the parade features a sea of lederhosen. While the celebrations start at the end of September, they carry over into the early part of October. Oktoberfest in Munich is a once-in-a-lifetime spectacular for many travelers, so expect flights to Munich to be packed with excited brew lovers.

The largest Oktoberfest in Canada happens in Ontario during the second week of October. This festival is calling your name if you want a full menu of events and attractions. On top of the beer exhibits, the largest Bavarian festival in Canada puts on a parade, Miss Oktoberfest pageant, 5K run, and more. Foodies should definitely put the OktoberFEAST event on their agenda, which boasts tons of food carts and live entertainment.