Driving between Las Vegas and Reno Nevada on Hwy 95, you come across the strange little semi abandoned town of Goldfield. I often wonder what people do for a living here because really, there is pretty much nothing around for miles. This spooky town is very close to the infamous and kinda creepy Area 51. Abandoned cars in the streets and yards, abandoned homes, storage containers out in the open. 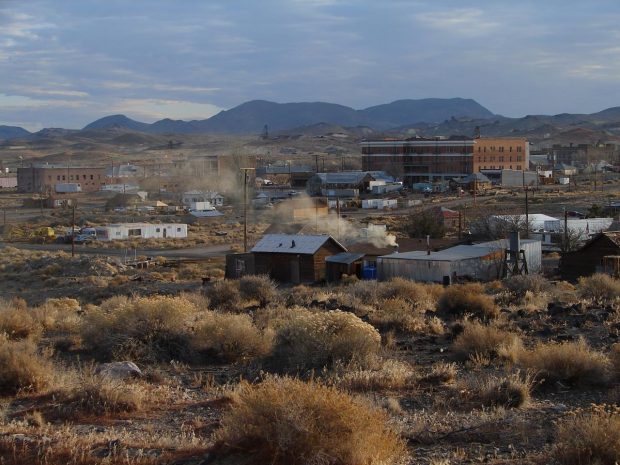 Founded in 1902, Goldfield boasted a population of 30,000 during its boom year of 1906 when it produced $11million in gold. The town probably has the longest bar in the history of mining towns. The bar, Tex Rickard’s Northern, was so long it required 80 tenders to serve its customers. By 1912, ore production had dropped to $5 million. Those who recognized the signs began to leave and Goldfield eventually became what it is today-a ghost town. A drive south on highway 95 from Tonopah will take you to Goldfield-one of the must see towns.